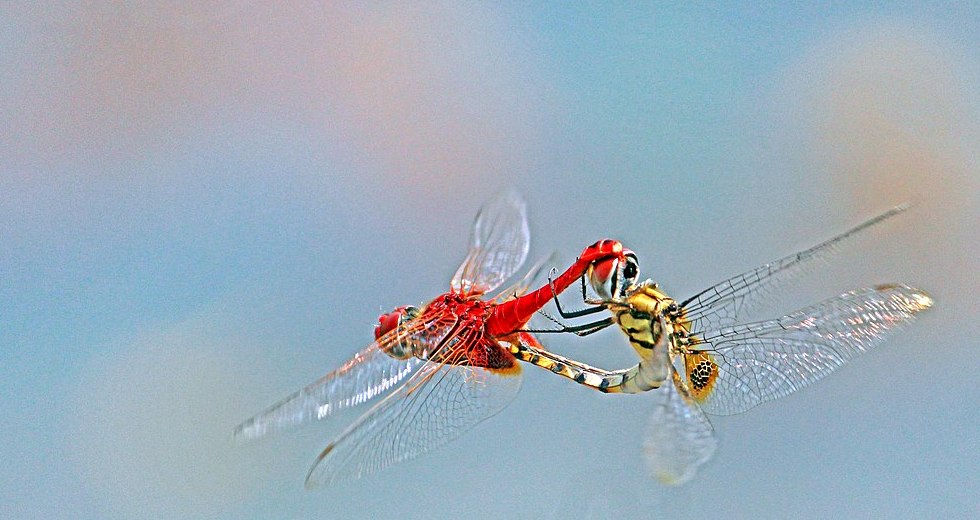 The first mention of dragonflies in the scientific literature goes back as far as the 16th century. The early naturalists like Conrad Gessner and Ulisse Aldrovandi observed these insects but they considered the larvae as entirely different organisms. It was Jan Swammerdam, the Dutch biologist and microscopist, who established that the egg, larvae and adults are different forms of same organism. He illustrated the life cycle of dragonflies in 1669. Antonie van Leeuwenhoek, who invented microscope and widely considered as the father of microbiology, studied ovipositing of dragonflies and the development of embryo inside eggs in 1695.

Since 1758, Carl Linnaeus described a few species of these insects under the genus Libellula in the order Neuroptera. The eminent Dutch zoologist, Johan Christian Fabricius, established the new order Odonata for dragonflies in 1793. Between 1770 and 1773, the British entomologist, Dru Drury described a few species. The eminent French entomologist Jules Pierre Rambur was another great name in the history of Odonata studies and he has described lot of new species during the mid-19th century.

The year 1854 is a landmark year in the history of odonate studies as it was in this year, Edmond de Sélys Longchamps, the celebrated Belgian scientist separated the order Odonata into Anisoptera (Dragonflies) and Zygoptera (Damselflies) based on the difference in wings.

The English–Australian entomologist and geologist, Robert John Tillyard well explained the morphology of odonate eggs, larvae and imagines through his book, The Biology of Dragonflies: Odonata or Paraneuroptera in 1917.

During the early years of 20th century several British naturalists extensively studied and documented the natural history of colonial India and the most remarkable name with respect to odonate is Frederic Charles Fraser. Through the three volumes of the series, The Fauna of British India including Ceylon & Burma, Fraser gave a detailed account of the Odonata of the Indian Subcontinent. He has also published several papers and his contributions are so immense that even at this date, his is the most comprehensive account of Odonata of India. Another entomologist who has equally contributed to Indian Odonata is Frank Fortescue Laidlaw who had also described lots of Indian species.

Another British entomologist who left a great impression in the history of odonate studies is Philip S. Corbet who co-authored and authored several books on the subject, which established him as a world expert on the order Odonata. His notable contributions include Dragonflies: Behaviour and ecology of Odonata (1999) and A Biology of Dragonflies (1962) through which he well explained the behavior of odonates.

Odonatology in India after independence