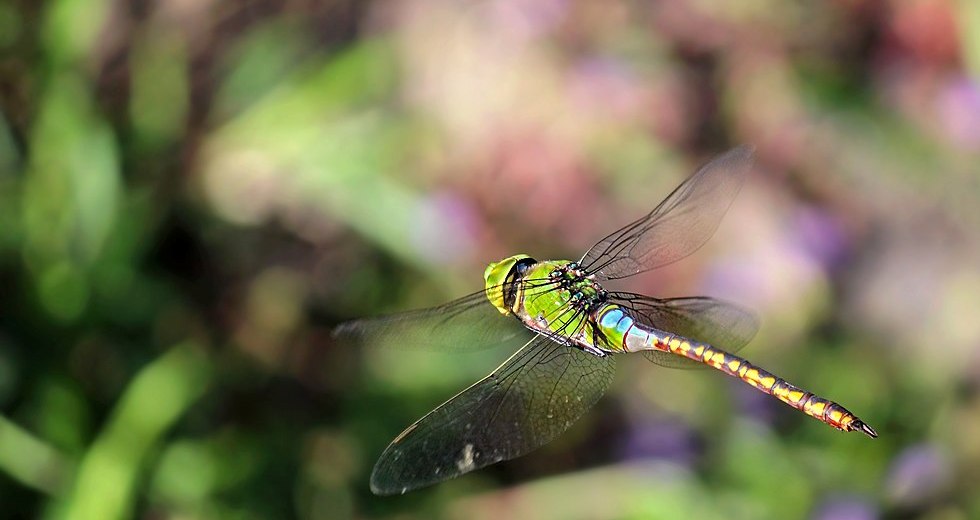 The wings of the odonates are uncoupled or unattached to each other which give them great maneuverability. Odonates excel most of the other insect groups in their flying skills. They are capable of flying backwards, can hover in air for considerably long periods, and can execute rapid maneuvers in a very limited space. Comparing with damselflies, dragonflies are stronger fliers. Odonates are capable of great acceleration, reaching a flight speed of up to 10-15 m/s. Unlike any other insects, odonates can glide, i.e., they can fly longer distances without active wing beats.

Majority of the odonate species are day flying but a few species are active during twilight hours.